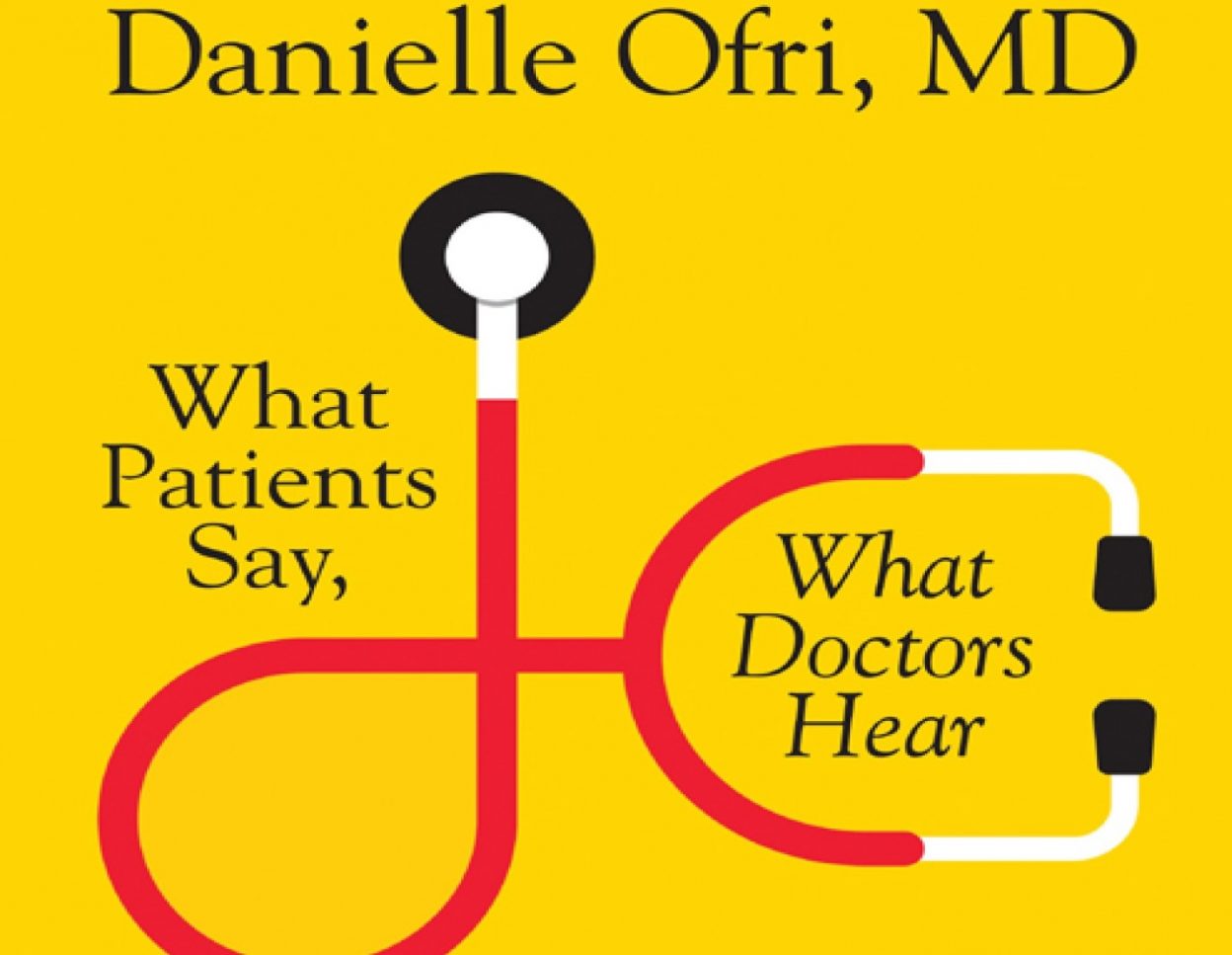 What patients say, what doctors hear.

Every week we take you off the hooks of stress and introduce a book that we think may change how you observe things. Last week, we held you for a spin into the uncharted universe of Samsung with Geoffrey Cain’s Samsung Rising. If you haven’t read it, you aren’t late. Read an excerpt of it from here. Our book for this week is “What patients say, what doctors hear.” Dr Danielle Ofri, an American physician, is the author of the magical book.

Through her book, she connects you to the world of the doctor-patient relationship and the intriguing, if not fascinating facts, about how the two parties interact to achieve a common goal – to cure the disease. However, the dialogues that prevail as this relationship matures drives satisfaction on either side – of the opposite. To gain an insight into what you will get when you get yourself a copy, below is a snippet from chapter twelve: the language of medicine. Dr Ofri writes.

So often in medicine, we speak in terms that make it sound like the patient is personally responsible for clinical outcomes. When cancer returns after treatment, for example, it is common to say that the patient failed chemotherapy, as though she or he were taking a standardized test and simply didn’t study prodigiously enough. Patients who don’t take their medications are labelled “non-compliant,” even if they have a legitimate reason not to: the medication caused sexual dysfunction or, they got to the pharmacy, and the bill was $250 for thirty pills. When patients choose not to do a recommended treatment, doctors typically say the patient refused treatment, a verb choice that makes me think of a toddler storming away from a plate of broccoli, holding her breath until she turns blue.

Why must we use such harsh terminology?

The words that we doctors use cast patients in a very particular and often damning light. You could easily hear a doctor say, “Miriam Young has lymphoma. She failed chemo but is refusing radiation. She’s non-compliant with her diabetes meds, so her glucose is poorly controlled.” This makes it sounds like Ms Young is a complete obstructionist, stamping her foot with a hail of invective every time her doctors offer her an eminently prudent recommendation.

And it could be that radiation offers only a 30 per cent chance of remission but a 100 per cent chance of debilitating side effects. So she’s thought it through and decided it’s not worth it. And the metformin for her diabetes roils her stomach. The lymphoma has already mucked with her appetite, so anything that takes away the pleasure of eating makes every day even more gray and tasteless. She’s decided that enjoying a good meal is worth a blood sugar that’s a bit high.

So, is Ms Young failing chemotherapy, refusing radiation, and being non-compliant with her meds? We could just as easily say that Ms Young’s cancer is resistant to chemotherapy, she has declined radiation treatment because of low efficacy, and the side effects of her diabetes meds outweigh the benefits. Makes her sound like a much more reasonable person, right?

In reality, the lymphoma, the radiation, and the diabetes meds are neutral objects. They don’t—and shouldn’t—say anything about Ms Young. As Bernice Ruger proved to me, the illness is not the person. Words that carry baggage—failed, refused, non-compliant—don’t advance the ultimate goal, which is helping Ms Young get the medical care that serves her best.

What are some other words in medicine that carry additional freight?

Enjoyed it? Get yourself a copy from Amazon or any online bookstore near you. You can as well, listen to it for free via Audible.

Covid-19 breakthrough infections: a new study highlights why vaccinated people may get SARS-CoV-2.

COVID-19 may cause male infertility: Face mask or your testes.

Covid-19 Vaccines. How are vaccines developed?