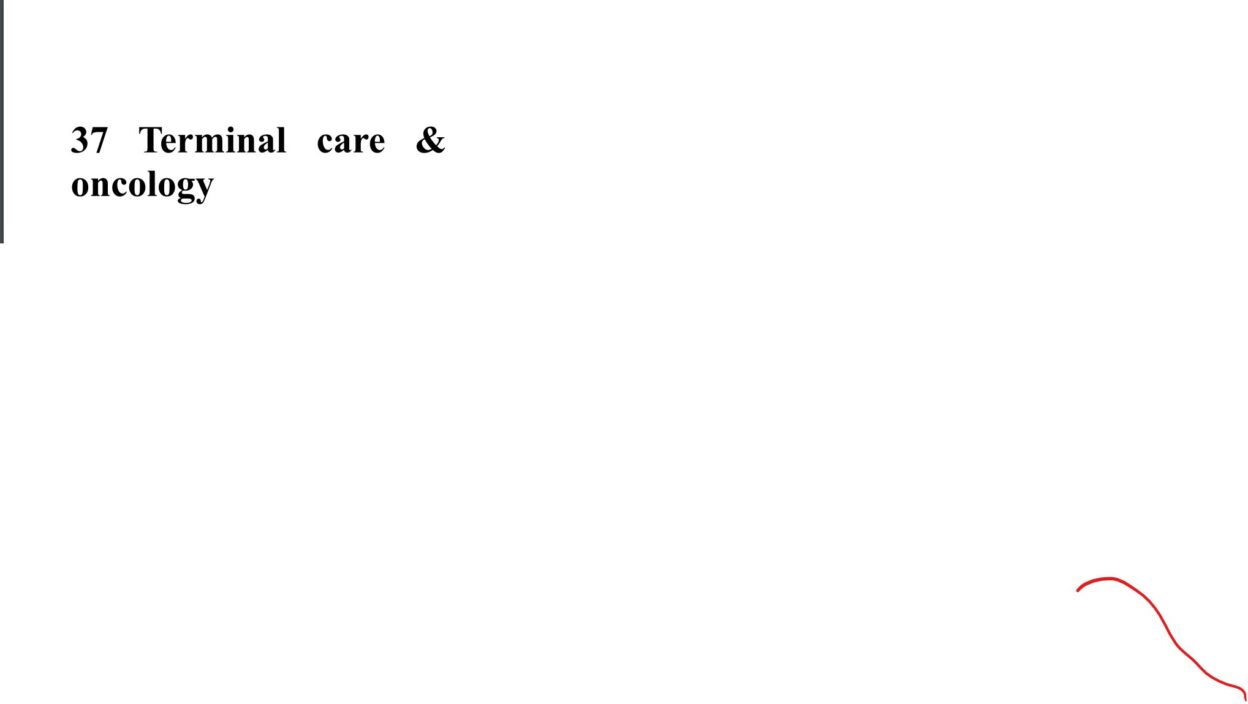 We’ve all had to watch families as they try to cope up with a relative who had a debilitating disease. It is where terminal care comes into play. So, we went back in time and looked at this life-changing book that teaches doctors the surgical skills needed to care for patients in remote settings. We bumped into this section about terminal care. We thought that it would be relieving to reproduce it here for those that never got a chance to use this book. Let’s enjoy it. After we’ve done so, we can download the book at the end of the article. The authors noted as follows.

One of the first tasks of medicines is to comfort the dying and relieve their suffering. Much of this is due to terminal cancer, which causes severe pain in about 70% of cases. Every day more than 3.5 million people endure it, and only a fraction of these have their pain alleviated. Even in developed countries, 50 – 80% of patients do not receive satisfactory relief. It needs only simple drugs, which are so often successful that they should be available to everyone. Their use is one of the most crucial technologies in this book.

In the industrial world, hospices and their community outreach help and respect the dying. They also alleviate their pain and their other distressing symptoms. In the developing world, where there are no established hospices yet, district hospitals have to fill this role. Unfortunately, many of them provide no terminal care whatsoever—its provision is one of the indicators of ‘good care’.

Any patient who receives terminal care is, by definition, going to die. It is, therefore, only too easy to neglect him. Your attitude to him and that of your staff is critical. He must feel welcomed by people who are determined to help him. There’s always something to be done to make his last days more bearable, even if he is dying. Never send him back home immediately—he has come to you for help. A family discussion may have taken place before he came, and if you send him back from the outpatient department, after much-wasted effort and expense, he will feel rejected, and so will his family. Admit him, and actively exclude any differential diagnosis that may be curable. A day or two later, when the diagnosis of terminal cancer is confirmed, you can start talking to his relatives, and almost always with him too.

You will have to decide whether to continue to treat him in the hospital, or at home. Make this decision on;

Unfortunately, ‘altering the symptoms of death’ can sometimes make them worse. An intolerable and burdensome indignity in one culture (a colostomy for example), may be quite acceptable in another. So make sure that whatever you do, for cure or palliation, you don’t make his symptoms worse. In particular, don’t prolong his last illness painfully. For example, a gastrostomy may keep a patient with carcinoma of the oesophagus alive for months, unable even to swallow his saliva. If you attempt palliation, do so with a Celestin tube, that will at least allow him to eat.

Tell him or his family about his illness. It should not be difficult, but you will have to know your local culture. Usually, you will have to tell the full story to a responsible relative. In India, the patient, if he is male, they tell a male relative. In Africa, it is usually to explain the whole story to the family; they will inform him, and he will talk openly to you. Many less educated patients don’t understand what malignancy is.

Contemporary western culture faces death badly, and commonly withholds the truth from a dying patient. If you tell him nothing, except that he’s going to get better, he might eventually lose all faith in you, and (alas) even in his family, who have conspired to deceive him. In contrast, many patients have thanked their doctors for telling them the truth. Unfortunately, some patients (few in the developing world) cannot accept the whole verity immediately. So, judge how much he wants to know. How much of the truth is he able to ‘take’ at a time? Whatever you tell him, it must true. It may not be the whole truth, but it should be the start of the real story because;

If one of his differential diagnoses is a curable condition, be sure to investigate him sufficiently to exclude it. Unless you do this, you will miss diseases that you could have treated. So, never accept a diagnosis of the malignant disease until it is confirmed, preferably by biopsy. Many patients have been palliated for supposed cancer, only to be shown at postmortem to have been some treatable condition.

Read this artiicle: The Apple Heart study: Lessons we learned.

What you think is a hepatoma, may turn out to be a liver abscess. A rectal lesion may be an ameboma and not a carcinoma; ‘malignant ascites’ may be tuberculosis.

We adopted this excerpt about terminal care from Primary Surgery: Non-trauma, click here to get yourself a copy.

Don’t forget to share this article with a friend.

N95 Respirators in non-surgical healthcare settings: The Dos and Don’ts.

Dolutegravir Use in Pregnancy: The benefits outweigh the risks – if any.

Your wounds may now heal without scars, but there’s a catch.