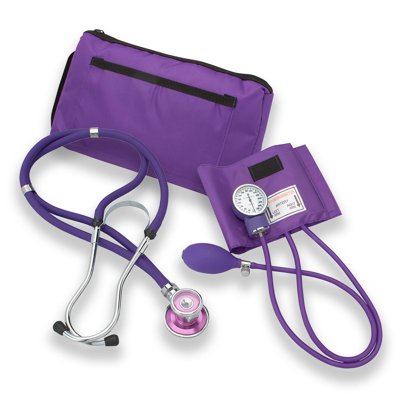 The stethoscope is an instrument used to listen and amplify the sounds produced by the heart, lungs, and other internal organs.

René Laennec invented the stethoscope in 1816. While consulting a female patient, Laennec needed to listen to her chest. Before his invasion, doctors would place their ear directly onto the chest – a practice called auscultation. As the patient was somewhat overweight, Laennec thought it improper and inadequate to have his head on her chest and listen directly. He rolled up a sheet of paper into a tube and placed one end on her chest. The tubing magnified sound, and Laennec found he could hear her lung sounds easy by putting his ear to the open end. The hollow wooden tube soon replaced the rolled-up piece of paper. Laennec named his invention the “stethoscope.”

By the 1850s, the stethoscope had become one of the doctor’s vital tools. Learning to listen and diagnose the sounds from the chest became an integral part of a doctor’s training. The rubber and now plastic, binaural stethoscope, like the ones we use today, replaced the hollow wooden tube in the 1890s. These stethoscopes have two earpieces and a bell-like end that we place on the body. We don’t use the stethoscopes to listen to the chest only: we also use them on other parts of the body, such as the bowels. Electronic stethoscopes that amplify the sounds in the chest and produce graphs first surfaced in the 1970s and continue to undergo refinements.

Childhood Cancer: The salient facts you ought to know.