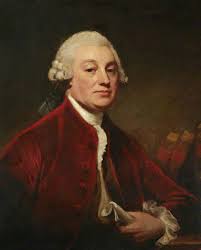 Several years ago, doctor and writer Percivall Pott made the astute connection between soot and scrotal cancer (chimney sweep’s carcinoma).

Sir Percivall Pott, (born January 6, 1714, London, England—died December 22, 1788, London), was English surgeon noted for his many, insightful and comprehensive surgical writings. He was the first to associate cancer with occupational exposure.

Pott, whose father died when he was a young boy, was raised by his mother and a relative, Joseph Wilcocks, the bishop of Rochester. He attended a private school in Kent and later was an apprentice to Edward Nourse, a surgeon at St. Bartholomew’s Hospital in London. In preparing and dissecting cadavers for Nourse’s anatomy classes, Pott not only became educated in the basic principles of anatomy and medicine but also eventually perfected his surgical technique. In 1736, after seven years under Nourse’s instruction, Pott passed examinations for admittance to the Company of Barber-Surgeons—the forerunner of the Royal College of Surgeons of England. The Company awarded Pott the Grand Diploma, an honorary achievement, in recognition of his exceptional, surgical skills. In 1745 he became an assistant surgeon at St. Bartholomew’s and was promoted to full surgeon in 1749.

In 1756, while on his way to see a patient, Pott fell off his horse and sustained an open compound fracture of his lower leg. He refrained his rescuers to move him immediately. Instead, he instructed them to build a makeshift stretcher from a door and poles, onto which to carry him home. Several of his surgical colleagues examined the injury and recommended amputation, the standard course of treatment at the time. Nourse, however, who also visited Pott, advised otherwise, suggesting reduction, in which the care providers apply traction and pressure to the fracture. Nourse’s technique worked, and Pott’s leg healed without complication. The reduction approach introduced by Nourse was subsequently refined and became widely used in the treatment of open compound fracture, leading to a substantial decline in amputations. Also, fractures of the lower leg similar to the type Pott suffered became known as Pott fracture. During his recovery, Pott wrote A Treatise on Ruptures (1756), through which he disproved misguided theories on the causes and treatment of hernias.

You may be interested in this article: N95 respirators use in non-surgical settings: The Dos and the Don’ts

In Chirurgical Observations Relative to the Cataract, the Polyplus of the Nose, scrotal cancer, the Different Kinds of Ruptures, and the Mortification of the Toes and Feet (1775), Pott published the first report of a malignancy caused by occupational exposure. He observed an unusually high incidence of skin sores on the scrotum of men working as chimney sweeps in London. He also discovered coal soot in the wounds and eventually concluded that men routinely exposed to such were at high risk for scrotal cancer. Pott’s report was the first in which we identified an environmental factor as a cancer-causing agent. The disease became known as chimney-sweepers’ cancer, and Pott’s work laid the foundation for occupational medicine and measures to prevent work-related disease.

Pott also described a disease of the vertebrae in which the bones soften and collapse, causing the spine to curve and produce a hunched back. The condition, Pott disease, results from Mycobacterium tuberculosis.

People with Sickle Cell Disease should timely drink water. Why?

The burden of injuries. What is likely to harm you?