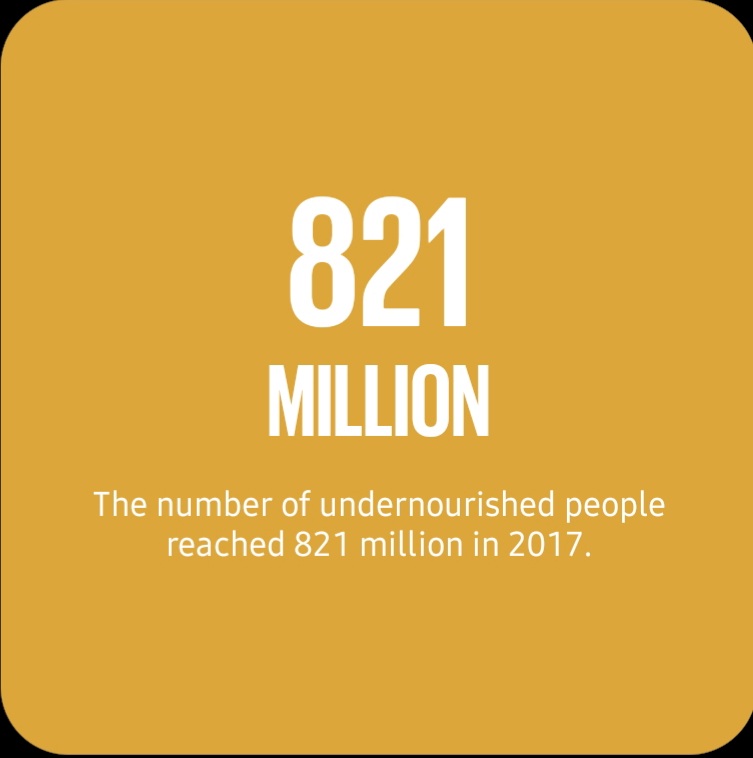 ShareTheMeal is the charity app by the World Food Programme that allows you to feed a child in need with just a tap on your phone. It was developed by the United Nations and released on 10th November 2015.

Each year, hunger kills more people than malaria, HIV and tuberculosis. There are 20 times as many smartphone users as hungry children. If each of us gives as little as eighty cents of a dollar, we can make this world a better place.

Hunger is the leading cause of death globally. Unequal access and inefficient handling of the planet’s resources has left millions of people malnourished. We can sustain the whole world’s population and ascertain that nobody will ever suffer from hunger again. It is only possible if we promote sustainable agriculture with modern technologies and fair distribution systems. It is what the second sustainable development goal is all about.

According to World Health Organisation data, Undernutrition prevailed in 821 million in 2017. Of these, nearly 151 million were children under five – of which 22% suffered stunting. During the same year, Asia accounted for about two-thirds of the hungry people around the globe. It is fascinating that one in three women of reproductive age is anaemic, whereas, one in eight adults is obese.

Calcium lactate in pregnancy: What you need to know.

Three million people are already fighting hunger with ShareTheMeal. The organisation has already shared eighty-four million meals. You can use ShareTheMeal to share your meal with hungry children: wherever you are, whenever you want. You will track where your donation goes and whom you are helping. You can create a team and fight hunger with your friends. You can also learn more about how we can build a world without hungry people.

You fight hunger with ShareTheMeal because it is the world’s most solvable problem. The World Food Programme provides food and monitors the impact. Researchers have proved that helping others makes you a happier person too.

It is worth noting that the app may request access to: run a foreground service; have full network access; view network connections, prevent your tablet or smartphone from sleeping, play install-referrer API, run at start-up, receive data from the internet, and read Google service configuration.

You can install the ShareTheMeal App from Google play store through the link below. Donate now!

Three Apps that you ought to have as a health care provider – they complete you.

Podcasts. Why you should embrace them.