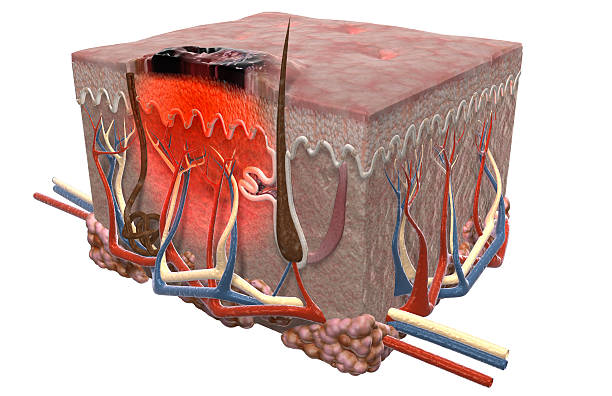 Melanoma is a skin cancer that occurs when melanocytes become malignant. Melanocytes are cells found in the skin: they produce melanin – the pigment that gives our skin a dark complexion. The more melanin, the darker the skin becomes. Globally, we’ve observed a substantial increase in the number of people with melanoma. The disease affects more whites than blacks or Asians though, the later ethnic groups tend to present with more advanced disease. When recognised early, melanoma has a cure rate of more than 85%. However, the survival chances for those that show up late are less than 20%. It is, therefore, prudent that we recognise the abnormal skin lesions early to catch the disease and increase the probability of survival.

We find melanocytes within the outer layer of our skin (epidermis). They produce melanin, a pigment that adds a dark complexion to our skin. Whites have less melanin than blacks or Asians; however, all human skin contains melanocytes. They (melanocytes) are derivatives of neural crest cells. During the development of a human being after fertilisation of the ovum by the sperm, neural crest cells give rise to various cells and tissues – cartilage and bones of the skull and face, smooth muscle, nerve cells in the brain and gut, among other organs. The implication is that melanoma can grow in any body part which, originates from the neural crest cells – the digestive system and brain.

A few factors increase the risk of developing melanoma. For example, having a family member who had skin cancer doubles your risk of getting skin cancer. If you are light-skinned, have blue eyes with red or brown hair, you are at a higher risk than the general population. Skins that easily freckle or suffer sunburns are also at risk.

People with low immunity – transplant or patients with blood cancers. Prolonged exposure to sunlight, especially between 10 AM and 4 PM, increases the risk of skin cancer. It is even worse if you use tanning salons or you have multiple abnormal moles. Low socioeconomic status is associated with an increased magnitude of presenting late with a melanoma.

These foods increase or decrease the risks of certain cancers: observations from an umbrella review.

We combine drugs when treating cancer. Why?

Melanoma begins as a mole. It shows no symptoms until it spreads. Symptoms usually arise according to the body part affected – lymph nodes swell, bones pain, headache and seizures, and difficulty breathing when it advances to the lymph nodes, bones, lungs, and brain, respectively. Skin lesions have a characteristic appearance that often takes the ABCD acronym – they are asymmetric, have irregular borders, varied colours, and diameter (length) changes.

Your doctor will diagnose melanoma by performing a biopsy on the abnormal skin lesion. If it is cancer, they will stage it and evaluate you for metastasis. Such evaluation may include looking for any swollen lymph nodes: ordering blood tests like complete blood count, chemistry panels, and radiological studies such as x-rays, CT and MRI scans, as well as ultrasonography.

After diagnosis, treatment will depend on the extent of the disease. Surgery is a constant in all stages. Early in the disease process, it will be sufficient to cure cancer. In the later stages, you may need radiotherapy, immunotherapy, and chemotherapy. However, if you have advanced disease, the chance of complete remission is slim.

The substantial shot at surviving melanoma lies in preventing it and early recognition. A few routines may suffice.

Regularly check your skin for any abnormal moles and visit your primary doctor if you see.

If you’ve had a family member with skin cancer, it is prudent that you do a skin check-up with your dermatologist once annually. In addition to a monthly skin self-exam, avoid tanning salons.

Always use appropriate sunscreens. Those with a sun protection factor of more than 30 are the best.

It is imperative to remember that skin cancer treatment requires more than one doctor – primary care physician, dermatologist, oncologist, and surgeon. When they come on board, don’t think the hospital is in a frenzy to rip you off.

After surgery, call your surgeon if the wound breaks down, you develop a fever, there’s abnormal drainage, or regional lymph nodes swell.

For more information, I found this article useful in my research.

Vitamin C and Covid-19: Does it confer any benefits?

Loading Comments...
%d bloggers like this:
Enable Notifications    OK No thanks
We use cookies to ensure that we give you the best experience on our website. If you continue to use this site we will assume that you are happy with it.Ok