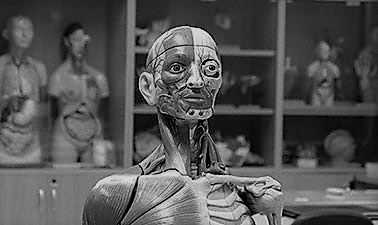 Since the inception of medical schools on this planet, anatomists have used human bodies (cadavers) to teach students during their undergraduate, postgraduate periods. The question remains – their origins?

Before the rise of body donation (body bequest) in the 1960s and 1970s, the medical schools, in particular anatomists, depended on the gallows, jails, or poorhouses as sources of human bodies. As the technology advances, 3D prints, virtual simulations and other futuristic representations of the human body are under usage, and debates have heated to whether we should continue using the preserved bodies as teaching tools in medical schools. Fortunately, more anatomists still use preserved human cadavers for teaching than those that use 3D prints – the rest and these numbers won’t change soon.

The local legislation, population awareness and willingness, cultural and religious, as well as, socioeconomic factors influence the sources of human bodies used for medical education and research. Body donation programs and “unclaimed” bodies are reliable in many countries but, in other countries without enough bodies, anatomists import them from other nations.

Controversy exists about the source of human bodies that medical schools use such as those of executed persons, and unclaimed ones, the IFAA published recommendations in 2012 that advocate for willed body donation and put an end to all other practices.

Progress towards the use of donated bodies is slow in many parts around the world despite the recommendations. In other countries, the program doesn’t exist. Focusing on Africa, available data show that Uganda, Tanzania, Sudan, and Nigeria exclusively use unclaimed bodies for teaching medical students. In Nigeria, in particular, officials donate executed persons to medical schools. Libya entirely relies on imported cadavers for use. Kenya uses unclaimed bodies with a few donated ones for most of the times. South Africa uses donated cadavers as teaching tools at its medical schools.
Worldwide, data show that only 22 countries, exclusively use donated bodies to teach medical students. In those that use imported bodies like Libya and Saudi Arabia, these come from the US, India or the Philippines. The US exports donated cadavers while India does so with unclaimed ones. Philippines exports body mainly to Malaysia from unknown sources. It raises fears about the dark international trade of dead bodies that the IFAA aims to end.

It is unlawful to trade dead bodies. We can end such vices if the society willingly donates them to medical schools to help teach the future doctors of this planet. We ought to advocate for human body donation for the sole purposes of medical education and research.

The use of unclaimed bodies and those of executed persons should stop. Human body donation is the way to go. Every part of the world that hasn’t embraced this should advocate for it. None of the acknowledged religions around the globe precludes human body donation to teach.

We prepared this article from that, which appeared in the Academic Medicine journal in September 2018, written by Juri L. Habicht, Claudia Kiessling, MD, and Andreas Winkelmann, MD. Enjoy it.

Hepatitis B Guidelines for Pregnant Women: Whatever it takes.

N95 Respirators in non-surgical healthcare settings: The Dos and Don’ts.