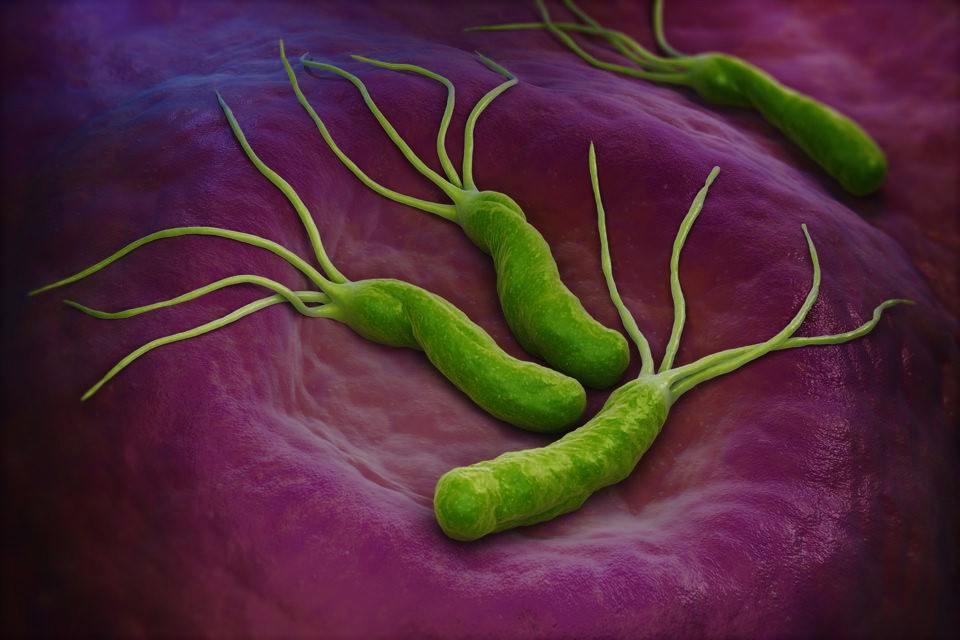 Helicobacter pylori infection is an infectious disease caused by a gram-negative spiral bacterium. Once untreated, it is associated with devastating clinical outcomes such as peptic or duodenal ulcers, gastric B cell lymphoma (commonly known as gastric mucosa-associated lymphoid tissues (MALT) lymphoma), atrophic gastritis, and gastric cancer.

Helicobacter pylori infection affects close to 50% of the world’s population, with those in the developing world like Uganda being affected the most. It is typically acquired during childhood and transmitted within families. It can exist as an active infection or a latent infection. However, unlike other infectious diseases like tuberculosis and syphilis, H pylori infection continues to be transmitted from one person to another even in its latency.

Helicobacter pylori infection leads to chronic progressive damage to the stomach walls (gastric mucosa). What is baffling is the fact that this infection leads to such devastating clinical outcomes, yet the risk is not predictable for any given person. We can, however, see its effects in the fact that gastric cancer remains the fourth most common cause of cancer deaths around the globe.

It is worth noting that less than 80% of the people treated for H pylori infection with the standard triple therapy get to have eradication of the bacteria. The resistance to metronidazole or clarithromycin has been skyrocketing in the 2000s. What is more amusing is the fact that close to 95% of these patients diagnosed with H pylori in Uganda aren’t aware whether they are harbouring an active infection or just exposed to it at some point in their lives. It is true due to an observation that almost all the health centres in the country diagnosed H pylori infection using serology markers like the antibody tests yet these tests cannot distinguish between the active disease and the exposure to the bacteria. It eventually adds more burden to the irrational use of antibiotics among this group of people.

However, the above scenarios aren’t occurring only in Uganda, even in the developed world like in the US physicians do not universally employ the tests for an active infection because many clinicians still harbour that knowledge gap. We present to you the latest guidelines about whom we

should test and who should be treated for H pylori as put forth by the Houston consensus. Let’s get this started.

The expert panel agreed that people with idiopathic thrombocytopenia, those receiving proton pump inhibitors (PPIs), family members residing in the same household of patients with active H pylori infection and a family history of peptic ulcer disease, should be tested.

Because of the high rates of treatment failure and issues with antibiotic susceptibility testing, the panel agreed that;

Due to the inconsistencies in the testing and confirmation of eradication of the infection, the panel agreed that;

Related article: Terminal care: It is a task for every district hospital: from the book that matters.

It is worth noting that the absence of gastric atrophy, intestinal metaplasia or dysplasia at the time of initial biopsy doesn’t rule out the development of catastrophic pathology if Helicobacter pylori infection persists.

You can get the full report to understand the details of how and why the recommendations were made by clicking here. For now, share this article with a colleague to spread the knowledge.

Does the loss of smell only occur due to Covid-19?