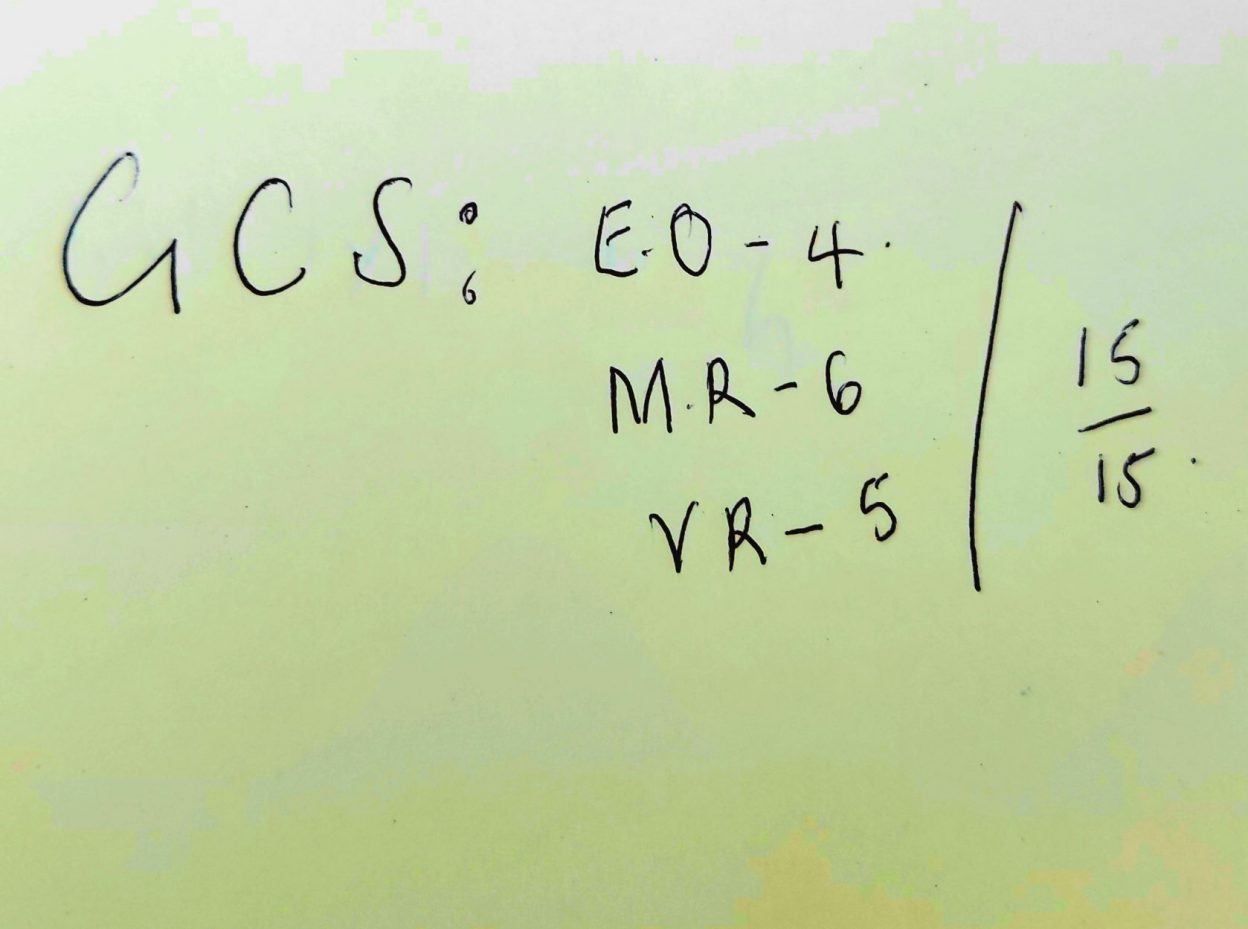 Teasdale and Jennett proposed the Glasgow Coma Scale (GCS) as a universal tool to assess coma and impaired consciousness in their ground-breaking article, which featured in The Lancet in 1974. Since then, it has become the global tool to do so amidst new assessment endeavours to dethrone it. It was revolutionary.

The Glasgow Coma Scale is the standardised clinical scoring system that allows health care workers (doctors, nurses, and paramedics) to assess, convey, and quantify consciousness in patients, especially after acute brain damage. It provides a universally acceptable communication pattern the clinicians can understand between the different departments. It helps clinicians predict the patient outcome regarding the duration of coma, also guide them on treatment decisions that may further impact patient outcomes.

Before its advent, we didn’t have any assessment tool that we could universally utilise to quickly assess the level of consciousness among patients at both emergency and intensive care wards. A neurological examination is a fascinating phenomenon as it helps localise lesions in the brain and spinal cord. However, the Glasgow Coma Scale provides a gateway into what to expect when commencing the assessment.

We inadvertently categorise patients with traumatic brain injury into varying levels of severity using the GCS. It assesses the global function of the brain at a juncture when they may be perturbed. Traumatic (head injuries), vascular (ruptured aneurysms, stroke), and infective (meningitis) lesions can cause acute brain damage. However, such injury could also stem from metabolic disorders. They include diabetic ketoacidosis, hepatic failure, renal failure, hypoglycaemia, and drug overdose. Regardless of the aetiology, it becomes prudent to assess the level of consciousness in any patient with suspected brain damage. The GCS output allows clinicians to categorically liaise with the relevant departments that can confer the appropriate care – say neurological or neurosurgical departments.

Glasgow Coma Scale measures the best motor, verbal, and eye response from an external stimulus. The three parameters represent the general outlook of the brain at an instance. It takes robust integration within the nervous system to coordinate eye movements, speech, and motor responses.

To elicit a motor response, we request a patient to follow commands like raising their hands to greet or pick up something. If there’s no response, we then apply a standard painful stimulus – say applying pressure on the finger nailbed with a pen and notice movement towards or away from the pressure point (flexion or extension at the elbow joint). If we see flexion at the elbow, we then apply the same stimulus to the head, neck, and trunk to test for localisation. It is unbefitting to do a sternal rub when eliciting a response to pain. It is both crude and uncomfortable to the patient. During this assessment, we may observe abnormal movements like extensor posturing and abnormal flexion. At the very least, we may get no response at all.

The ability to speak is an indicator of higher brain function. It is also a sign of a good recovery process. However, many patients who are comatose before may regain consciousness but cannot articulate due to dysphasia or tracheostomies. We should always indicate it when reporting the GCS output. We begin by building a rapport with the patient and assess their orientation in time, place, and person. Anything sort of this implies disorientation. We also evaluate whether the patient is confused, has inappropriate or incomprehensible speech.

The ability to spontaneously open the eyes indicates intact arousal mechanisms within the brainstem: however, it’s imperative to ascertain that arousal doesn’t equilibrate to awareness. When the patient cannot open their eyes spontaneously, we compel them to open them in response to the speech, and if it is impossible, we elicit a reaction to a painful stimulus. The lowest point is the inability to open them at all.

It is noteworthy that the GCS cannot reliably assess patients in minimally conscious states or with locked-in syndrome. The GCS lacks parameters that assess brainstem reflexes like the pupil and corneal reflexes. Much as it helps ascertain the duration of coma, and aid in outcome prediction among comatose patients, the GCS doesn’t reliably analyse poor prognostic signs, for example, generalised myoclonus status epilepticus. In scenarios like these, clinicians have invented new assessment tools like FOUR (Full Outline of Unresponsiveness) that can reliably ascertain the degree of consciousness among patients with non-verbal signs of consciousness.
The best GCS score is 15: the lowest is 3. A deeply comatose patient and a dead one both score 3. It thus becomes imperative that we distinguish death from a coma.

Patients with endotracheal tubes are unable to speak. The Verbal response is designated a “T”. We report the best response score from every parameter. However, when the patient has a focal neurological deficit that culminates in a discrepancy in the motor response from any limbs, it becomes imperative to report the worst score for the affected limb to convey proper communication to the attending clinicians.

The Glasgow Coma Scale doesn’t replace a full neurological assessment but rather assesses the degree of consciousness in acutely damaged brains, coma duration, and predicting outcomes. It doesn’t diagnose death. It falls short when evaluating patients with minimally conscious states and locked-in syndrome. The GCS is for every health care worker – nurses, midwives, clinical officers, theatre attendants, anaesthetists, and doctors. It is standard and universally acceptable. Simplicity is an appealing phenomenon.

Sir Percivall Pott: A tribute to a great surgeon.

Osteoporosis. When you don’t nourish your bones, they break.

Partograph completion is impractical: Why?