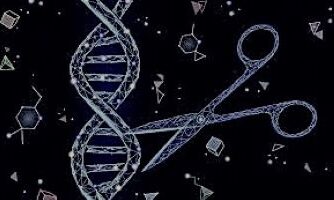 CRISPR/Cas9 is the gene editing tool we await to harness its power.

In a groundbreaking discovery, Jinek et al. discovered the gene-editing capabilities of CRISPR/Cas9 in 2012. In 2020, Dr Emmanuelle Charpentier and Jennifer A. Doudna won the Nobel Prize in Chemistry after such an astounding scientific breakthrough. Today, we enlighten you on what CRISPR/Cas9 means and the basics you need to know about this ‘stellar’ gene-editing tool – termed as a Swiss army knife of immunity.

CRISPR (read as crisper) stands for Clustered Regularly Interspaced Short Palindromic Repeats of genetic information that various bacteria harness to wade off the invading viruses. They employ an enzyme called CRISPR-associated endonuclease (Cas9) that cuts DNA at a guide RNA (gRNA) specified location. In so doing, the enzyme acts as a molecular scissor.

DNA (Deoxyribonucleic acid) is a molecule that contains the biological instructions that render each species unique. Another molecule related to DNA is ribonucleic acid (RNA) – it aids in reading and transporting DNA instructions.  Guide RNA is the type of RNA molecule which binds to Cas9 and precisely specifies the location at which Cas9 will slice the DNA.

To date, CRISPR/Cas9 can perform three types of gene editing: disrupt, delete, or correct (or insert). Following a single cut in the DNA molecule, a pair of nucleotide bases can either be added (or deleted) to (or from) the original DNA sequence that may eventually inactivate the gene. At times, two guide RNAs targeting separate DNA sites can cleave a large DNA portion. The cut ends then join and hence, deleting the interlinking sequence. More still, the CRISPR/Cas9 moiety may add an entire DNA template allowing the cell to correct a specific gene or even introduce a novel one.

The founders of CRISPR/Cas9 aim to target the sources of genetically-defined diseases and engineer cellular therapies of the next generation. For example, CRISPR Therapeutics has established an array of programs that selects disease targets. They base on criteria like unmet medical need, technical feasibility, among others. They have targeted haemoglobinopathies, immune-oncology, regenerative medicine and a few other areas like Cystic fibrosis.

The advancement of CRISPR/Cas9 should get us all excited – we may be able to cure diseases like sickle cell disease, cystic fibrosis, type 1 diabetes, and cancer. However, the technology harbours a fear that society may use it to “wipe out” the less fit – people with genes that the scientists and health care workers deem “bad” genes. Sandy Sufian and Rosemarie Garland-Thomson stress it further in their article at Scientific American that the ability of CRISPR/Cas9 to make genetic level fixes is a threat to those who society judges to be biologically inferior.

Read this article: COVID-19 may cause male infertility.

At CRISPR Therapeutics, the scientists note that they focus on cells that do not pass genetic material to children (somatic cells). It implies that they are not using human germline modifications, as children could inherit them from their parents. However, as the editing tool advances further, scientists may want to harness its power by editing the DNA of embryos – it is the reality we all do not accept.

In a nutshell, CRISPR/Cas9 is a novel game-changing technology that will enable society to treat genetic diseases and cancers at a precision level no generation has seen before. But we should be cautious about how we regulate the companies spearheading this. We should remain observant of which “bad” genes we want to knock out and at what expense. In all this rhetoric, ethics and professionalism must prevail, much as the lines are blurry.

NEJM offers free access to all research articles about COVID-19.

Ministry of Health Call-The-Clinic App is yours: Utilise it.

Breast abscess among lactating women has a predilection for left breasts: Why?