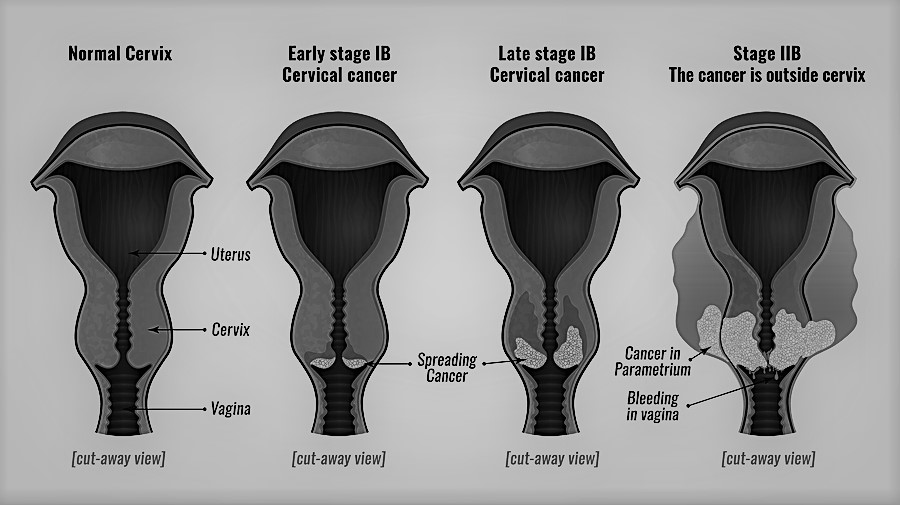 Cervical cancer is the fourth commonest cancer in the world. It, is, however, the second commonest amongst women in low and middle-income countries. 85% of the estimated 567,847 new cases identified in 2018, occurred in the developing world.

Staging of any cancer enables clinicians to define the extent of disease anatomically, as well as improving the ability to differentiate survival. Cervical cancer staging, just like any other malignancies, has been evolving with the advancement in technology. The widespread use of pathological diagnosis, in addition to advances in radiological investigations, has made it paramount to incorporate it to differentiate how the experts reach the staging of cancer. Also, the availability of minimal access surgery in low- and middle-income countries, has increased the ability not only to access the abdomen, pelvis, and retroperitoneal space through imaging, but also an enhancement in the accurate sampling of para-aortic lymph nodes.

Following these observations, there was a need to have unanimity in the cervical cancer staging, reporting through incorporating both imaging on top of the surgicopathological documentation, such that clinicians can apply the revised staging protocol in all clinical settings.

You may be interested in this article: Hydropic abortion: A differential diagnosis of complete and partial hydatidiform moles you ought to know.

Following a series of research, consultative meetings, and thorough discussions, the FIGO Gynecologic Oncology Committee revised the staging of cervical cancer (cancer of the cervix uteri) and made the following amendments in 2018.

That said. Here is the revised FIGO staging of the cancer of the cervix (2018).

The carcinoma involves the lower third of the vagina +/- extends to the pelvic wall +/- causes hydronephrosis or non-functioning kidney +/- paraaortic lymph nodes***.

The carcinoma has extended beyond the literal pelvis or has involved (biopsy-proven) the mucosa of the bladder or rectum. Bullous oedema, as such, does not permit a case to be allocated to Stage IV

You can use imaging and pathology, when available, to supplement clinical findings concerning tumour size and extent, in all stages.

**The involvement of vascular/lymphatic spaces does not change the staging. We no longer consider the lateral extent of the lesion.

***Adding notation of r (imaging) and p (pathology) to indicate the findings that the clinicians have used to allocate the case to stage IIIC. For example, if imaging indicates pelvic lymph node metastasis, the stage allocation would be stage IIIC1r and, if confirmed by pathological findings, it would become stage IIIC1p.  Always document the type of imaging modality or pathology technique used. When in doubt, assign the lower staging.

We adopted this classification from a report by the FIGO Committee. This revised cervical cancer staging applies to all resource levels.

Dolutegravir Use in Pregnancy: The benefits outweigh the risks – if any.

Eight Antenatal Care Contacts: Why not the usual four visits?

Rho (D) Immune Globulin (RhoGAM) uses in Obstetrics: What you need to know!