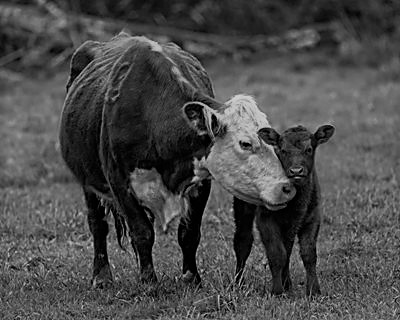 Brucellosis is a zoonotic disease. Humans contract the disease through contact with infected animals. It is by ingesting unpasteurized dairy products, undercooked meat, or exposure to tissue or fluids. Such animals include cattle, sheep, goats, camels, or pigs et cetera.

With a history of substantial exposure, clinicians suspect brucellosis when patients present with fever, malaise, night sweats, and arthralgias. Read more about brucellosis from here.

Today we discuss how to understand and interpret the brucellosis serologic test. The standard agglutination test alias Brucella Antibody Titer (BAT). Let’s get this started.

In the general sense, clinicians diagnose brucellosis culturing of Brucella bacteria from blood, body fluids like cerebral spinal fluid (CSF), urine, synovial fluid, pleural fluid, or tissues like liver, bone marrow biopsy. The other way is the evidence of a fourfold or higher rise in Brucella antibody titer between the acute and convalescent-phase serum samples that the clinicians obtained two or more weeks apart.

The combination of two serologic tests not only enables the detection of antibodies at the different disease stages but also optimizes the likelihood of the diagnosis. It is particularly important in the event of a focal, localized, chronic, or complicated infection.

The test that has achieved the vastest experience is the standard tube agglutination test. In areas like the US or Canada where brucellosis isn’t endemic, Brucella antibody titers on the standard tube agglutination test of >1:160 are positive: however, in endemic regions like sub-Saharan Africa, Uganda in particular, the titers are considered positive if they are >1:320.

Antibody titers typically increase between the acute and convalescent phases of the disease and where the diagnosis is presumptive, we use the fourfold or higher increase in the titer as a basis for the definitive diagnosis if we pick samples at least two weeks apart. However, much as this diagnostic tool is an invaluable one, it is impractical in the clinical setting as it may lead to unnecessary delays in the initiation of treatment especially when brucellosis is the most likely diagnosis.

The standard tube agglutination test has a reportedly high sensitivity of 95% and a 100% specificity. Other serologic tests aren’t far from these values when compared.

Interpreting the Brucella antibody titer values requires a clinician to know the cons of the serologic test, in particular, the SAT.

False positivity is a common problem due to the cross-reactivity with other bacteria, especially Vibrio cholerae, Yersinia enterocolitica, Escherichia coli, Francisella tularensis, and Salmonella urbana, among others.

When the infection is in its early phase, false-negative results are not uncommon when the immunity is weakened or due to the presence of incomplete antibodies or excessive antibodies in the setting of a low dilution. We commonly refer to the latter as the ‘Prozone’ phenomenon.

It is problematic to interpret the serologic tests when brucellosis is endemic. It is also not easy during reinfection, relapse, or chronic infection. It is due to the presence of antibodies against the disease among the population.

To note, individuals previously treated for brucellosis may have positive serologic test results for years. It makes it problematic to distinguish an active infection from a past one.

All in all, besides doing the standard tube agglutination test to obtain the Brucella antibody titers (BAT). It is paramount to have a sturdy clinical acumen about the likelihood of brucellosis. It is through a careful history and clinical examination. These serologic tests can bind or else with clinical findings. You are bound to unnecessarily prescribing drugs to treat brucellosis in a patient that never had the disease if you do not clerk them.

Don’t forget to share this article with a friend.

Snakebite. The situation is dire!

Hydroxyurea in sickle cell disease: Recommendations of use.