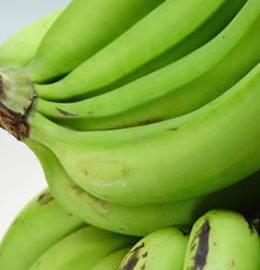 Bananas (matooke) are one of the most consumed foods on the planet since the ancient period. Chronic kidney disease (CKD) poses challenges to the nutritional status of the body.  Several foods become unsuitable in one way or the other.  Some have high salt contents; others contain nutrients that may worsen the condition. Moreover, malnutrition is highly prevalent among people with CKD. Bananas, commonly known as plantain, contain potassium at levels that may not be suitable for people with CKD. It implies that people whose staple food is plantain (bananas) may have few choices left among the foods they should consume. However, boiled bananas have reduced levels of potassium, rendering them consumable among this population.

In chronic kidney disease, the kidneys gradually lose their functional capabilities. It leads to a progressive accumulation of toxins like urea. There’s a steady loss of proteins in the form of albumin through urine. Because they are the organs responsible for electrolyte balance – sodium, potassium, chloride, phosphates, among others, there’s an increased propensity to accumulate them in blood. Potassium, one of the most vital electrolytes, is deleterious at levels higher than usual. High potassium levels increase the risk of heart attacks besides weakening your muscles, causing nausea, vomiting, and diarrhoea. We restrict the amount of potassium and sodium people with CKD consume to prevent their inadvertent accumulation within the blood. It, therefore, becomes imperative to provide foods that contain as little potassium and sodium as possible.

From their study, we note that it was boiling and not soaking matooke that yielded results. However, no study exists to date that examines the effect of steaming bananas – a habitual method of matooke preparation in central Uganda – on their potassium concentration. Whether steaming derives similar results remains elusive. Also, we don’t know yet if boiling yams or sweet potatoes confers the same benefits. For now, people with CKD may refrain from consuming these two food types.

These foods increase or decrease the risks of certain cancers: observations from an umbrella review.

Myocarditis. How do you manage it?